“Varanasi is older than history, older than tradition, older even than legend, and looks twice as old as all of them put together”- Mark Twain. On the auspicious occasion of “Dev Depawali”, a Four Day Street Photography Photo Tour, has been organized.

The first written evidence of the Kumbha Mela can be found in the books of the Chinese monk Xuanzang. According to medieval Hindu theology, its origin is found in one of the most popular medieval Puranas, the Bhagavata Purana. The Samudramanthan episode (Churning of the ocean of milk), is mentioned in the Bhagavata Purana, Vishnu Purana, the Mahabharata, and the Ramayana. The account goes that the Devas had lost their strength by the curse of the holy man Durvasa, and to regain it, they approached Lord Brahma and Lord Shiva. They sent them to Lord Vishnu who instructed them to churn the primordial ocean of milk, Ksheera Sagara, in order to receive amrita (the nectar of immortality). This required them to make a temporary agreement with their arch enemies, the Asuras, to work together with a promise of sharing the proceeds of the churning equally. The Mandara Mountain was used as the churning rod, and Vasuki, the king of serpents, agreed to become the rope for churning. They churned the ocean for 1000 years. The demons held Vasuki’s head and the Gods held his tail while churning.

At last Dhanwantari appeared, holding the Kumbh or the pot containing amrita (elixir of immortality) in his palms. But the Gods were sly. They did not want amrita to fall in the hands of demons and entrusted its safety to the deities Brihaspati, Surya, Shani, and Chandra. This enraged the demons who attacked the Gods. The frightened Gods ran away with the Kumbh and were chased by the Asuras. For twelve days and twelve nights (equivalent to twelve human years) the Devas and Asuras fought in the sky for the pot of amrita. It is believed that during the battle, the drops of amrita fell down from the Kumbh at four places: Allahabad (Prayag), Haridwar, Ujjain, and Nashik. Because 12 days of the Gods are equivalent to 12 years for the humans; the Kumbh Mela is celebrated once every 12 years in each of the four places – banks of the river Godavari in Nasik, Shipra in Ujjain, the Ganges in Haridwar, and at the Sangam of Ganges, Yamuna, and Saraswati in Allahabad. It is believed that at these times these rivers flow with amrita.

The celebration of Kumbh Mela is the world’s largest religious gathering. It takes place at the four sacred places as per the position of Sun and Jupiter in different zodiac signs. It is held every third year at one of the four places by rotation: Haridwar, Allahabad (Prayag), Nasik and Ujjain. The Allahabad Kumbh Mela is a mela held every 12 years at Prayag and in every six year Ardh Kumbh Mela is celebrated in the month of January-February when Jupiter is in Aries or Taurus and Sun and Moon are in Capricorn during the Hindu month of Magha.

The Kumbh Mela held at Allahabad is the most auspicious of all the four places.

It wouldn’t be wrong to say that it is the city of God as the name itself, Allahabad, in Persian means Settled by God. It for this reason, which has been innumerably mentioned in the ancient Hindu texts, and the the history of the place, both mythological and factual that makes it one of the most fascinating and one among the main holy cities in India, special to the hearts of Hindus in India and abroad. It’s the mythological history according to which, when Lord Brahma was done with creating the world, offered his first sacrifice here. Hence the justification of its ancient name Prayag, meaning Place of Sacrifice. The place also holds a special significance according to the Hindu scriptures for holding the confluence of three of the most sacred rivers of India: Ganga, Yamuna, and Saraswati at Triveni Sangam, which becomes the nucleus of all celebrations of Kumbh Mela.

On the occasion of Kumbh Mela, religious fervor reaches its peak when millions of pilgrims take dips in and worship the sacred river Shipra. Sages and devotees from every nook and corner attend the religious ceremony of Kumbh Mela to attain salvation and libration from the vicious cycle of birth-death-rebirth.

People who witness the spiritual fest feel good fortune by their side and sense a positive aroma purifying their souls and thoughts. The major attraction of this festival is ‘Shahi Snan’ (royal bath) which takes place on predetermined dates varying every year. It is believed that those who take this royal bath wash their sins of all previous births. During the ‘Shahi Snan’ thousands of devotees assemble to get a glimpse of the procession of ascetics as they make their way to the ghats of river Shipra for a holy dip. On the main bathing dates, a colorful and magnificent procession of radiant saints sitting on chariots and elephants is witnessed by thousands of Kumbh visitors. These sadhus, belonging to various camps take a holy dip first and only then the ordinary pilgrims are allowed to take a bath.

Allahabad is one of the oldest cities in India. It is crowned in ancient scriptures as ‘Prayag’, ‘Prayagraj’ or ‘Teertharaj’ and is considered the holiest of pilgrimage centres of India. It is situated at the confluence of three rivers- Ganga, Yamuna and the invisible Saraswati. The meeting point is known as Triveni and is very sacred to Hindus. The Kumbh held in every six years and Mahakumbh in every 12 years at Allahabad (Sangam) are the largest gatherings of pilgrims on this earth.

Historically, the city has been a witness to many important events in India’s freedom struggle such as emergence of the first Indian National Congress in 1885, the beginning of Mahatma Gandhi’s non-violence movement in 1920.

Geographically, Allahabad is located at 25.45°N 81.84°E in the southern part of the Uttar Pradesh. To its south and southeast is the Bagelkhand region, to its east is middle Ganges valley of North India, or Purvanchal, to its southwest is the Bundelkhand region, to its north and northeast is the Awadh region and to its west along with Kaushambi it forms the part of Doab i.e the Lower Doab region. In the north Pratapgarh, in the south Rewa (M.P.), in the east Sant Ravi Das Nagar and in the west Kaushambhi districts are located. The total geographical area of the district is 5482 Sq. Km. The district is divided into 8 Tehsils, 20 development Blocks and 2802 populated Villages.

Varanasi or Benaras, also known as Kashi, is one of the oldest living cities in the world. One of the most colourful and fascinating places on earth, surprises abound around every corner. Varanasi is located on the banks of river Ganges and is considered the holiest city in India owing to its location, history and the numerous temples situated there.

It is one of the world’s oldest continually inhabited cities, and one of the holiest in Hinduism. Pilgrims come to the Ghats lining the Ganges to wash away sins in the sacred waters or to cremate their loved ones. It’s a particularly auspicious place to die since expiring here offers moksha (liberation from the cycle of rebirth).

Most visitors agree Varanasi is magical and mysterious. Intimate rituals of life and death take place in public, and the sights, sounds and smells on the Ghats are something which you’ll not forget throughout your life. Walking the ghats and alleyways or watching sunrise from a boat are memorable. 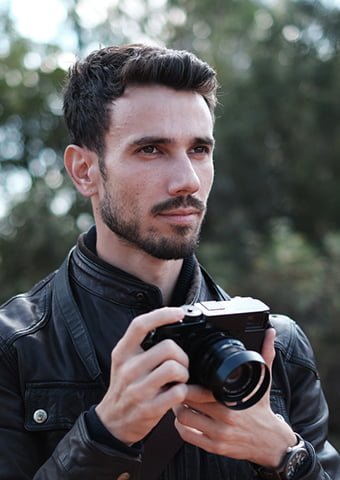 Although Jorge has a great memory, he always feared not remembering every detail of his life. He found the solution to his fears one day in his father’s Nikon F3. The first time he held it in his hands he felt butterflies, the kind you feel when you stumble across the love of your life, and in that moment, he knew it was something that was going to last forever.

A recent assignment took him to Nepal and during this trip not only did he fall in love with the country, he also produced and had published by National Geographic, some of the best photos of his career.

Now, with RAW photo tours he hopes to teach others to document and discover through their very own lenses, countries like Nepal, Morocco, Cuba and India. 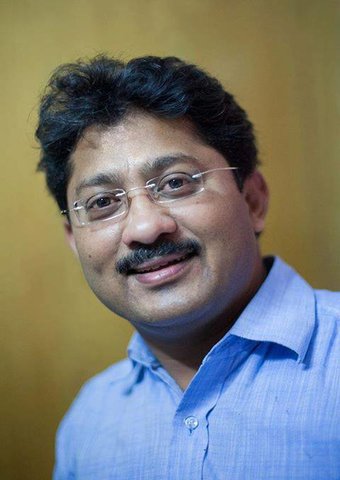 Apratim Saha started photography at the age of twelve inspired by his father. He feels capturing images that people enjoy to look at and are impressed with is not the only reason that inspired him to take up photography seriously but to give people a reason to care was the main intention for him.

Apratim is a contributing photographer for National Geographic Stock Photography, Getty Images, Stocksy United and the brand ambassador and mentor for Tamron and Datacolor. He is also a consultant of the internationally acclaimed Chiiz Photography Magazine.

He has over 30 years of experience, from traditional film to digital photography. He is a commercial photographer specializing in people photography, portraiture, lifestyle & editorial clients. Besides commercial works, Apratim also shoots other subjects that stimulate his visual or emotional sensibilities. 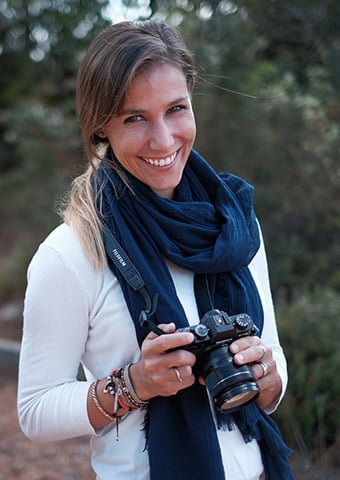 Ex Client director in advertising, Christelle quit her job to pursue her dream of solo travel and volunteering and somewhere along the way re-discovered her passion for photography.

Trained to anticipate the unexpected and lover of a good puzzle, she’s the one responsible for the creation of the itineraries and overall coordination of RAW photo tours.

Having lived the expat life her whole life, meeting people is second nature to her and connecting with people brings her great joy, as a result, she is usually the ‘talkative’ one of them.